Smartphones don't necessarily have to last half a day. Some can even last even 10, but there is a tradeoff. There is always a tradeoff...

Smartphone hardware is very powerful nowadays. Event a mid-range smartphone can successfully handle almost all tasks thrown at them and when it comes to daily usage, they don’t even sweat. However, almost all phones suffer from one major flaw. A flaw that it both hard to fix, but that needs a solution as fast as possible: battery life. It is true that battery life has improved a lot in the past years and thanks to quick charging technologies, you can recharge the phone much faster. But the days when you only needed to charge your phone once a week are gone and won’t come back for a while. Until you have phones with huge batteries.

Until then, the best solution is to buy a smartphone that has a big battery. Here is a collection of the 6 best smartphones that come with big batteries and that can survive more than a day of usage. One can even do 10 days! Special thanks to folks at DealsNow.info who struggle to find the cheapest prices as well as discount codes from many stores for these phones and many more. 🙂

Our Selection of Smartphones with Big Battery Life

This is a very popular phone. Xiaomi is one of the biggest smartphone manufacturers in the world, and the Redmi Note 3 Pro comes with very good specs. It has a Snapdragon 650 CPU, 3GB of RAM and 32GB of storage. It also has a 5.5″ Full HD screen and a finger print reader. However, we are not here to talk about pure specs, we are here to talk about battery. Well, Xiaomi Redmi Note 3 Pro comes with a 4,000mAh battery that will last about two days of normal use. Sadly, he deserves the last place in our list because it does not come with quick-charge technology. Xiaomi decided to skip this feature, so it takes 2 to 3 hours to charge the phone to 100%. Most stores sell it for a little over 200$, so it is easy to see why this phone is very attractive. We bring you a deal where you can buy the original Xiaomi Redmi Note 3 Pro for ~$180 (free shipping). On Amazon, it retails for $204 (free shipping)

This is a phone that has just been released and it comes with mid range specs. A Helio P10 octa-core CPU, 4GB of RAM and 32GB of internal storage. It also has a 5.5″ FullHD Screen with Gorilla Glass 3 protection and Android 6.0 out of the box. You also get the usual finger print reader that comes on most phones nowadays. It’s best feature however is it’s battery. It comes with a 4,000mAh battery that also support Pump Express, Mediatek’s quick-charge technology, and USB Type-C connector. You can get a day’s use with just a 30 minutes charge and to fill the battery from 0% to 100% it takes less than 2 hours. It’s usual selling price is $232, however there are certain promotions that can get you the phone for as low as $219. Not a bad deal considering the specs. 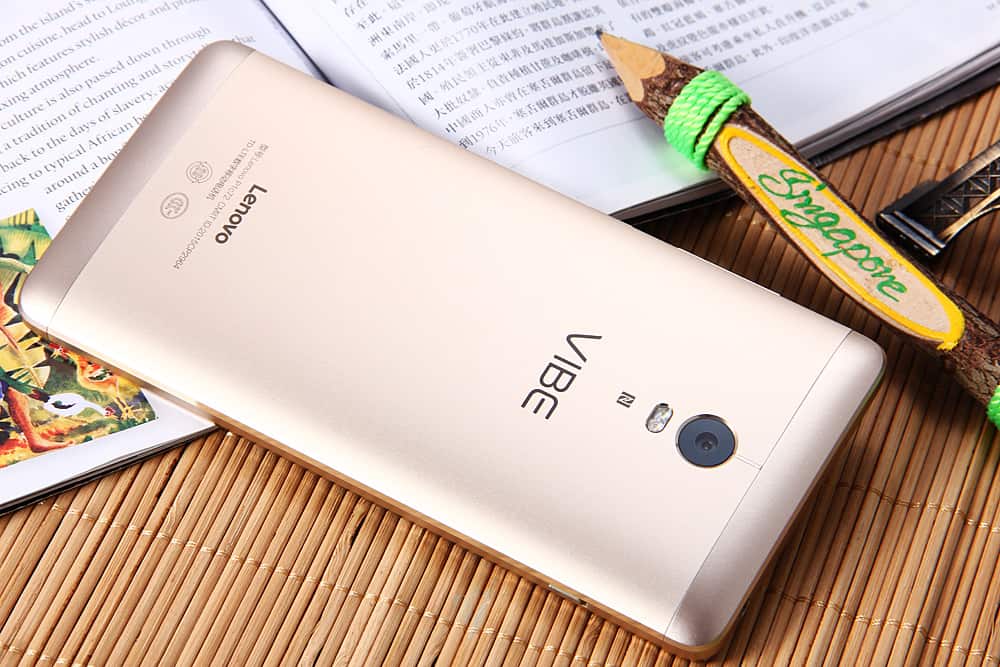 Lenovo is a well known brand, and the Vibe P1 is our pick for a phone with big battery. The specs aren’t as impressive as the rest of the phones presented so far, but it’s battery sure is nice. First, let’s talk about the internals. Lenovo Vibe P1 comes with a Snapdragon 615 CPU and 3GB of RAM. Internal storage is just 16GB, but you can expand it if needed. It comes with a 5.5″ FullHD screen, finger print sensor and Android 5.1. It also has a big 5,000mAh battery, but the phone itself is just 0.99mm thick. Sadly, no quick charge is present on the phone, so it may take a while to charge it. It can be yours for around $180, but we recommend you get something with even higher specs at this price. Now we are arriving into the big boys territory. And our first smartphone is the Oukitel K6000, which, you guessed it, comes with a 6,000mAh battery that supports Pump Express. This means fast charging and long battery life. Also, it has reverse OTG function so you can recharge your friend’s phone when his runs out (*wink*). The rest of the phone’s specs aren’t bad either. You get an octa-core Mediatek MT6753 CPU, 3GB RAM and 32GB of internal storage. The phone has a 5.5″ screen with FullHD resolution and comes with Android 6.0 out of the box. Other features include a finger print reader, dual-led flash, metal body and IP64 certification. The best thing is that the phone costs just $150 with free shipping worldwide. Excellent bang for the buck. This phone is very similar in terms of specs with the one above. It comes with the same Mediatek MT6753 CPU and has 3GB of RAM. The internal storage here is just 16GB, but you can extend it with a microSD card. It also comes with a 5.5″ FullHD screen as well as an all metal body. You get the usual finger print reader, Android 5.1 (upgradable to 6.0) and Pump Express quick-charge technology that will help charge the 6,050mAh battery faster. Like we said, very similar specs. Why did we include it here? Because we loved this phone’s design. You can buy it for as low as just $148 from here. This is our second Oukitel phone we have here and this one is an absolute beast when it comes to battery capacity. It has 10,000mAh battery inside that will power the phone for up to 10 days. We don’t think any other smartphone can achieve this much time with only a single charge. It also has quick-charge functionality so you can fully charge the phone in just 3.5 hours. It may seem much, but remember: the Oukitel K10000 has a massive 10,000mAh battery. It can also be used as a power bank to recharge other phones with it. Other specs aren’t as impressive, but you are not getting this phone for top of the line performance. You will however receive a quad-core Mediatek MT6735 CPU, 2GB of RAM and 16GB of internal storage. It’s 5.5″ screen only has a HD resolution (1280×720), but it is still good. Sadly, there is no finger print reader, but the phone has an awesome design. It’s price isn’t bad either. Oukitel K10000 costs only $148 here with free shipping and a free case!

Back to the top